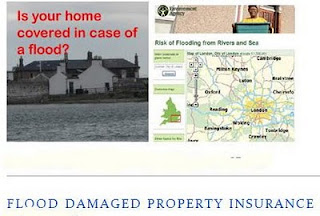 Some 1,925 homes and businesses in Carlisle were flooded in January 2005.

Keswick, Cockermouth and Appleby were also hit in 2005 and bore the brunt of the November 2009 floods that affected 2,064 homes and businesses across Cumbria.

An agreement between the insurance industry and the Government has meant that insurers of these properties have continued to offer buildings’ cover, provided the flood risk is no worse than once-in-75 years.

This agreement expires in June 2013 and the Association of British Insurers (ABI) will not continue it. Some companies may decide not to cover flood-prone properties, forcing their customers to look elsewhere. That could mean a hefty increase in premiums – if people can find an insurer at all. ABI spokesman Malcolm Tarling said: “The agreement was only intended to be a short-term measure while the Government put a flood-prevention strategy in place. There comes a time when we feel it cannot be renewed any further.” He admitted that some insurers may withdraw from covering flood-hit homes after 2013. But he added: “That’s a situation we want to avoid and our members want to avoid, and we are in discussions with government to see if we can avoid it.

“Insurers want to continue to make flood insurance as widely available as possible. However, in many countries in Europe flood insurance is an added extra – in this country it isn’t.” Carlisle has been protected by £38m of flood defences built by the Environment Agency since 2005. These held good in November 2009 when there was widespread flooding in Cumbria. Even so, insurers may still be nervous about offering cover because of the risk of surface-water flooding. This is caused when drains cannot cope after heavy rain.

An Environment Agency report, Flooding in England, estimates that more properties are at risk from surface-water flooding than from rivers or the sea. The problem is worse in urban areas. Malcolm Ward, a chartered insurance broker in Carlisle, believes there will be a problem in 2013. He said: “Some companies have only continued cover until now because of the government agreement. “When the agreement ends some will say, ‘we will not continue’. There is no contractual obligation for insurance companies to offer a renewal.”

Mr Ward said that one client, whose home in St Aidan’s Road in Carlisle was flooded in 2005, has already had a 20 per cent increase in premiums this year. Another who went shopping for a better deal found he was offered a policy that excluded flood cover. Mr Ward added: “If a house or a commercial property cannot get flood cover, then it virtually becomes unsaleable because any mortgage lender will insist on it.”

Looking for insurance for properties in Cumbria and other parts of the UK that can have and have had flood problems? Find out more HERE

Hi... I read your post and I want to say that it is very good and informative. I like it and I appreciate you for your effort. Thanks for sharing informative post. Home Insurance Discount