We at jml Property Services are HomeLet Premier Agents and although cannot offer advice to individual clients or arrange insurance for Landlords or Tenants, we can via our websites, remotely point them to the main HomeLet website http://homeletuk.com/cgi-bin/alpha.cgi?agentschemeno=1501435
Here the Landlord or Tenant can get a quote and make all their own arrangements direct with HomeLet insurance, including paying for their policy.
We have recently had a new Account Manager and Andy has emailed us and will be regularly sending updates. It is great to get this type of thing and Andy has even incorporated a photo.
Unfortunately on these blogs we can only add one image, so will have to leave his identity hidden.
Will keep you posted.
Posted by Philip Suter at 03:03 No comments:

HomeLet survey says Agents Positive about the Future of Lettings

HomeLet, the market-leading tenant referencing and specialist insurance provider to the lettings industry, conducted an independent customer satisfaction survey in December 2009 which revealed that 98% of agents expect the lettings market to stay the same, grow or grow substantially in the next 12 months. This is up by 12% on January 2009.

This figure reflects the results of recent research by ARLA which revealed that the surplus of rental property is reducing, while demand for properties is rising.

According to ARLA, this shift has generated a wave of reluctant tenants. During Q4 2009 41% of members reported that there were more tenants than properties - compared with just 24% in Q3 2009. In addition, ARLA research among landlords revealed that 54% of those asked felt that consumers were being forced to rent rather than buy.

Pet Healthcare in the Recession from jml Insurance Services

Pet Healthcare in the Recession from jml Insurance Services
Posted by Philip Suter at 08:32 No comments:

Many companies are trading outside of the Package Travel Regulations warns Insurer from jml Insurance Services
Posted by Philip Suter at 05:08 No comments:

Too old to get insurance cover

I was reading the "Your Money" column in Saturday 20th February 10's edition of The Independent and came across this headline "Calm down! If we say you're too old, you won't get cover - Insurers and lenders have been accused of penalising older people by imposing unfair age limits"

People are now living much longer and have more money to spend and like to travel.

Looking at various insurance products beeing advertised on the jml-insurance.co.uk website, I see that insurance4carhire.com offers "Policies available for 75 - 85 year olds - With the age of the traveling public increasing, these new policies will help those aged 75 to 85." Europe 75-85 Cost: £ 65 Excess Worldwide 75-85 Cost: £ 75
More information at http://www.insurance4carhire.com/index.asp?linkfrom=4&curID=1&langID=1&refID=188

Staysure Travel Insurance says "It offers policies for annual cover up to the age of 80 and single trips up to the age of 85." More information via link at http://www.jml-insurance.co.uk/displayproduct.php?id=322&sec=8

Another provider advertising Insureme4.co.uk Travel Insurance offers travel insurance up to the age of 85 More information via a link to their site at http://www.jml-insurance.co.uk/displayproduct.php?id=327&sec=8

Unfortunately from reading the article the upper age limit for many providers is still 85. Michelle Mitchell the charity director was reported to have said "We accept age should sometimes be taken into account in pricing insurance, but automatic age limits completely undermine the message the Equality Bill is supposed to be sending. Our fear is that household name insurers will see the new law as a green light to shut their doors to older customers."

Hopefully more and more insurance companies will raise the age limit of 85 and not charge over the odds for insurance.

The Independent's article can be found at http://www.independent.co.uk/money/spend-save/calm-down-if-we-say-youre-too-old-you-wont-get-cover-1905089.html
Posted by Philip Suter at 02:50 3 comments:


The decision was made in light of the continued fragility of the aviation industry which lost an estimated $11billion in 2009 with a further $5.6billion of losses anticipated in 2010 (source IATA -International Air Transport Association).


‘Complete customers satisfaction is of paramount importance to Travelbeam Luxury Hotels so if an airline collapses we want to be able to arrange re-booking or return flights with minimal fuss’ explained Managing Director, David Alix Barker, ‘Insurance was a good solution because reserving for a potential collapse would tie-up capital which could be much better used elsewhere.’

Financial failure specialists to the travel industry IPP are the innovators of this type of insurance and with over 20 years experience are established leaders in this high risk sector, offering protection which includes ATOL and credit card liabilities.


‘These are huge financial exposures we are insuring so IPP only use A rated or above Insurers (Standard and Poors), who have combined net assts in excess of €100 billion’, explained Michael Ward, Sales and Marketing Manager at IPP. ‘Travel companies which include protection during these difficult times are giving their customers extra peace of mind so that they can relax and enjoy their trips’.


‘The high profile airline collapses such as Sky Europe, Zoom, Nationwide, Air Comet, XL and Globespan are the tip of the ice-berg with over 60 airlines failing since the start of the recession’, explained Ward. ‘With experts forecasting a further 4 years before stability in the airline industry it is prudent for all travel arrangers to look at insurance options’, Ward concluded.

Protect your holiday - Financial Failure Travel Insurance from as little as £5 per person find out more here on the jml insurance website http://www.jml-insurance.co.uk/displayproduct.php?id=319&sec=8
Posted by Philip Suter at 00:48 No comments:

Ex-offender charity UNLOCK speaks out over industry policy of exclusion

Ex-offender charity UNLOCK speaks out over industry policy of exclusion
Posted by Philip Suter at 15:06 No comments: 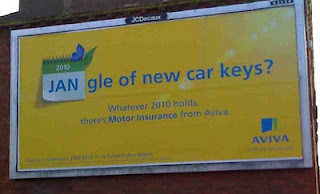 jml insurance advertises a variety of Irish Insurance products as a specialist site http://www.irishpropertyinsurance.com/ It is worth taking a look at.
Posted by Philip Suter at 05:52 No comments: