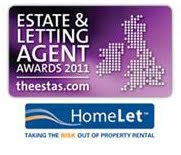 HomeLet the Landlord and Tenant rental property insurance company have won the Silver Award for the Supplier of the Year category at the Estate and Letting Agent Awards - ESTAS.


According to a HomeLet insurance representative "The list of suppliers up for the award started in the hundreds, so this is a great honour, especially because the award is based on feedback from our customers. I’d like to thank you very much if you took the time to vote for us and provide your feedback."

The Gold award was won by - Mortgage Advice Bureau and and the Bronze by Key Agent.

The Estate Agent and Lettings Agent category was divided into regions in the UK.

Pauline To, Director To Lettings

If you are looking for an award winning rental property insurance as Landlord or Tenant from HomeLet find out more by following this link - http://homeletuk.com/cgi-bin/alpha.cgi?agentschemeno=1501435

Neil Cook an Insurance Brooker working with Allstyles Insurance / T R Youngs Insurance Brokers has just sent us these two client testimonials.
My contact with Mr. Neil Cook has been a professional one and related to recent attempts to arrange insurance for my property.

The task was very challenging since a flood in September 2008 resulted in insurance companies which I had used for over 40 years, withdrawing their cover.

Mr. Cook’s advice and efforts have led to me obtaining appropriate cover for both “Buildings” and “Contents”.

Throughout the process, Mr. Cook has dealt with me in a clear and informed professional manner.

I have no hesitation in recognizing his commitment and will be forever grateful for the outcome he has negotiated.

In April 2009 our house insurance with A... one of the countries biggest insurance companies- for building and contents together was around £150.00. Then in November 2009 our house in was quite badly flooded along with a lot of other houses in the area. The flooding was preventable as it was backed up street drains, it appears now that we are paying the price for the neglect of the council, utilities and environment agencies whose job it is to keep all drains and waterways maintained. A lot of houses in the area, no matter how far away from the original flood site they happen to be are getting large house insurance quotes.

When last year's insurance was due it had gone up more than 100% to £437.00 as building work on the house was still in full swing. I thought that was high but I paid it and thought this years quote would be around the same perhaps with a higher flood excess. How wrong we were it came in at £1868.00 with a regular excess of £100.00 so I rang my broker to explain that we were having flood defences fitted and that we were willing to pay a higher excess for flood damage, but they still wouldn’t bring down the premium. I went on Google and hunted for insurance companies who will take on high risk customers but as soon as we mentioned we had been flooded and had made a large claim they ran a mile.

We were at the end of our tether as our house insurance was due on the 12th April, then we spoke to a neighbour and she had been in the same boat, she put me in touch with Neil Cook, what a wonderful sympathetic and helpful man. As soon as we mentioned our predicament he said no problem took a few details and came up with a great deal.

A.... and all the other large well known insurance companies seem to have us over a barrel as these are the ones we all turn to, but when you really need they‘re help they run a mile and leave you in the @”#@”.

If they class themselves as insurance they should help everyone whatever they’re circumstance. Some people are loyal to these companies for many years and when they really need help they turn they’re backs on them. People can’t afford these huge premiums, no wonder so many people now have no house insurance.

County Antrim was badly flooded in 2008 when a series of flash floods occurred across the island of Ireland in August that year.

Posted by Philip Suter at 04:40 No comments:

A testimonial for flood cover insurance 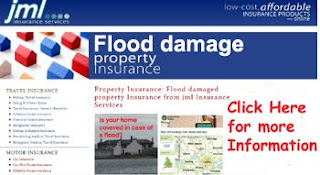 Neil Cook an insurance broker who specialises in flood insurance problems has just sent us in this letter he has received from a client.

"As i have previously said we received our renewal for the house insurance it had doubled from £300 to £600, we phoned A.... and they said that the underwriters had identified our house as being in a flood risk area as identified by SEPA this week. SO THEY EXCLUDED FLOOD COVER.

We tried C..... and everything was OK until they asked if we were in a flood risk area we said it had just been declared a flood risk area. They said they could not insure us as we could not guarantee them that we will not be flooded.

How can we foretell that, so there happened to be a meeting by SEPA and the Flood Forum this week locally to explain to residents why we were on the list of houses identified and they gave me your number. By the way there were only 7 people turned up for the meeting. I guess they haven't received their renewals yet!!! Neil got us cover at £430 with full flood cover

If you are looking for insurance in a flood risk area Visit http://www.jml-insurance.co.uk/types.php?id=83&sec=16 at the jml-insurance site and contact one of those companies advertising. 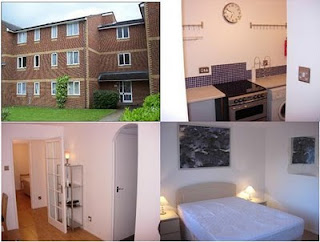 REVISED RENTAL PRICE £635pcm Staples and King letting agents in Cippenham Berks are marketing this first floor furnished apartment in the very smart Burnham Gate development. Conveniently situated between Maidenhead and the Slough Trading Estate that is the home to companies like IG and O2 the property offers the following: Entrance hall with wood laminate flooring and entry phone. Living room with wood laminate flooring sofa and dining table and blinds. Kitchen with fridge/freezer, washer/dryer, microwave, electric cooker and range of units and tiled flooring. Bathroom with tiled flooring, bath with shower, WC and basin. Large double bedroom with wardrobe, double bed, wood laminate flooring and blinds The apartment is double glazed and has electric heating. There are excellent parking facilities and communual gardens. It is available now at £635 pcm. Details from Staples and King Here