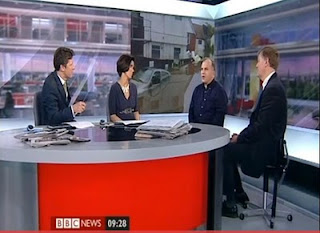 IN TOTAL CONCLUSION - IF YOU LIVE IN AN AREA THAT HAS BEEN FLOODED OR A RISK OF FLOODING THE ASSOCATION OF BRITISH INSURERS WILL LIE CHEAT AND CON YOU. Any use the new flood mapping to justify this

THE ENVIRONMENT AGENCY ESTIMATES THAT THERE ARE 5.2M HOMES AND BUSINESSES IN THE UK THAT ARE AT RISK OF FLOODING THAT’S 1 IN 6

The following comments were observed through the course of the event

The current statement of principles for flood victims expires in 2013 although the current version that in short, promises the following is not in fact fit for purpose and holds very little water.

1 Anyone who suffered a flood claim will be offered renewal

2 The premium offered will affordable and the excess sensible

Any insurer that is deemed to be a new entrant is excluded any so a major ABI insurer will often use several brand names such being the insurance provider for supermarket type chain or OAP organisation. This in fact to their advantage not yours!

So this will be reworked ! ?! YES BUT ONLY IN FAVOUR OF ABI INSURERS

Proposed methods of help
THE GREEN DEAL home owners with be rewarded if they fit flood defence, sadly most insurers wont give a dam!

During the meeting headed “sharing flood risk” a representative of one of the largest insurers in the world praised the UK method of offering flood insurance as part of the policy and commented that “the principle of insurance that everyone pays into the common insurance pot so that gets paid out from” that is the way insurance works the ABI disputed it!

The ABI muted that those who flooded or are in high flood risks areas will have to buy flood cover as a separate policy typically you will pay £1000 or much more extra to be protected against flood, flood victims and those in very high risk areas could be charged many thousands of pounds with flood excesses in excess of £10000

It was stated that in 2007 there were 180,000 properties flooded alone no that figures is now double that of course that includes property in the UK and Northern Ireland

Various flood groups etc fought these proposals but were ignored! They also commented that the UK economy is supported by property value without flood cover whole areas of the country will become ghost towns as those properties become worthless as without affordable flood cover they cannot sell

No reply was given

The point was raised that the under the agreement, cover should transfer to future buyers But does not no comment was given

Very informative blog I found a lot of information about insurance policies and plans.

Yes,This is really very informative and interesting,about the insurancepolicies.