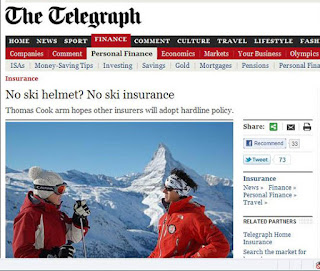 In an article entitled "No ski helmet? No ski insurance" Stuart Bensusan told The Sunday Telegraph he was working to make his company the first to adopt a policy of ''no helmet, no head injury cover''

According to the report "He also hoped to get the policy adopted by his parent company, the Thomas Cook Group, and thereby push all other insurers into following suit. If successful, it would be the biggest step yet towards helmets becoming effectively compulsory for skiers and snowboarders."

Essential Travel was was launched in 2004, the result of a dynamic merger between Essential Travel, co-founded by Stuart Bensusan, Richard Hannan and Philip Jordan, and Online Essentials, owned by Simon Purnell and Stephen Smith. The two teams saw the opportunity that the internet presented to bring great value travel essentials straight to the consumer in an easily accessible format.

In March 2010, EssentialTravel.co.uk became part of Thomas Cook, the second-largest leisure travel group in the UK.

Amongst the products provided by Essential Travel are Travel Insurance and car hire excess insurance.

Your sharing has provided us such really great information. Auto Insurance with International Driver License