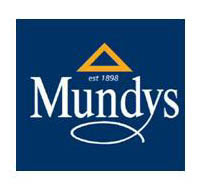 Mundys estate agency in Lincoln which has won a UK Property Award for the third year in a row!

Senior Partner Philip Barnatt and his colleagues will be going to a
prestigious gala dinner in London on 26th and 27th November during which they will find out whether they have won a top 5* Award or a Highly Commended.

If you want to find the ultimate property professionals across the length and breadth of the UK, where better to look than the winners’ list of a highly acclaimed industry competition?

The results of the UK Property Awards in association with Bloomberg Television have just been announced, putting a chosen few leading companies firmly in the limelight, both nationally and internationally.

One of these rightly proud winners is Mundys which has won an Award in the Estate Agency category of the UK Property Awards 2010 for Lincolnshire.

The event is part of the International Property Awards, the world’s most prestigious competition dedicated to finding the best real estate professionals across the globe.

The highest scoring five-star winners from each category of these awards will be automatically put forward for re-judging against the five-star winners in other regions of the world: Europe, Africa, Asia Pacific, Arabia and Americas.

Following this re-assessment, the 2010 International winners in each category will be identified as the ‘World’s Best’. These winners will be announced on the same day but in the evening at the Lancaster Hotel in London.

The fact that Mundys has won one of these coveted awards is proof that Lincolnshire is capable not only of competing at this level but also of triumphing within the highly competitive UK property arena.

Mr Barnatt said of winning the award: “As winners of the Best Estate Agency award for Lincolnshire in 2008 and 2009 we are delighted to complete our hat-trick in 2010

“Over the past three years of difficult property market conditions we have striven to improve our service even further so we can make sure our clients get the maximum benefit whatever the situation. In the 2010 awards we hope we can go one better and be judged the best in the UK.”

Much of the judging has been carried out by the International Property Awards’ panel of judges at the London offices of Bloomberg Television but entries were also outsourced to leading experts in each particular field throughout the world.

More Information:
• Mundys was named the Best Estate Agency in Lincolnshire for the second year running after winning five stars in the prestigious Daily Mail UK Property Awards in October 2009.
• Mundys’ Residential Lettings Department was ranked as the third best letting agent in the East Midlands region at the recent UK Estate Agent and Letting Agent of the Year Awards 2010.

Talking of Lincoln, Andy our HomeLet landlord and Tenants insurance representative has just emailed to say "Lincolns premier fireworks display on Friday night where apparently they have spent £20,000 on fireworks" - Sounds like Lincoln is going to have a great November 5th this year. Details about HomeLet insurance can be found at http://homeletuk.com/cgi-bin/alpha.cgi?agentschemeno=1501435