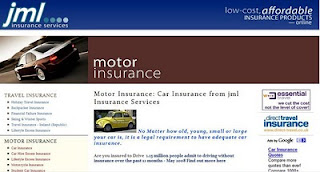 Men and women may continue to argue about who are the better drivers, but one area where there is a clear difference between the sexes is the type of accidents they have in their cars.

Research by women’s car insurance specialist, Diamond has found there are certain types of accidents women are more likely than men to be involved in.

The list for women includes accidents in car parks, bumps on roundabouts and prangs at traffic lights. On the other hand, male motorists are more likely than female motorists to have a head on collision, drive their car up or down an embankment or hit a crash barrier.

Diamond studied data from over two million accidents over five years and found a marked difference between the types of accidents men and women have.

Sian Lewis, managing director of Diamond, said: "We hold a vast amount of data on accidents and wanted to see if there was a difference between the sexes.

“It soon became clear that there was; women tend to be in more accidents at slower speeds, where cars are close together, while men have more high-speed accidents where it is easy to lose control.

"Our research suggests the way men and women drive is different. Possibly men drive faster and more aggressively than women, while women are more easily distracted than men behind the wheel of car."

Sian Lewis continues: "It’s very strange that men’s cars are more likely to catch fire than women’s. I can’t explain why that would happen. But one reason why women are more likely to have their car broken into is perhaps because they’re more likely to leave expensive items like their handbag or sunglasses on show than men."

Hitting another vehicle in the rear

Hitting another vehicle from a minor road

Reversed into another vehicle

Changing lanes and hitting another vehicle

Driving up or down an embankment

Head of collision with another vehicle

1. Diamond is the official volunteer partner of Race for Life 2010.

2. Diamond launched in 1997, when it was clear that there was a place for a woman only car insurance specialist, and has led the way for similar companies to follow. Diamond has been able to offer women cheaper car insurance for 11 years because on the whole women’s car insurance claims, cost less than men’s. We understand what women motorists want from their insurance, and meet their needs by offering great service and a great price. We do not refuse to give insurance quotes to men and are more than happy to provide a quote if requested.

3. Diamond spearheaded the campaign against gender equalisation. The EU wanted to remove the use of gender when calculating car insurance costs, and Diamond campaigned solidly for months, providing a House of Lords enquiry evidence to support our claims that, women were safer drivers and should pay less

Looking for car Insurance - For Men - Women - + Take a look at
http://www.jml-insurance.co.uk/products.php?id=2 There is a great choice there.
Posted by Philip Suter at 04:29

It's surprising. Glad you brought that up...Thanks