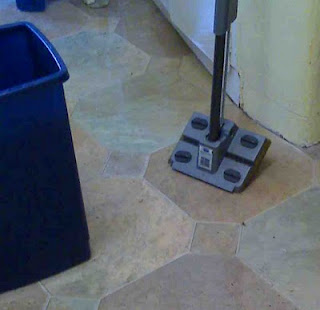 - Major UK clearing bank being able to get us flood insurance.

Strangely enough we have just shifted our business account from Bank "A" to Bank "B" (***) and as you would expect they have tried to sell us all sorts of policies etc. They offered insurance but I was sceptical and said that they won't get us flood cover only to be assured that they could in fact get us cover. I didn't hold my breath but was amazed when the phone call came in and the agent told me he had in fact managed to secure me flood cover! Fantastic I said what's the catch?

Here we go, are you ready?

Flood cover was offered, but with a ten thousand pound excess which isn't too bad I suppose but this is the real killer. After that initial first 10K excess they would then only offer me ten percent of the total claim in cover! So yes I suppose that they are offering flood cover and can tick that box but the reality is they are not.

One good thing did come out of it, at present my insurers have lumped together "Storm, Tempest and Flood" as one category and I'm not covered for all three. Lloyds would not do this so it would only be the flood claims that I could not make and I would be covered for Tempest and Storm.

(***)The two banks are both part of 2 British banking groups.